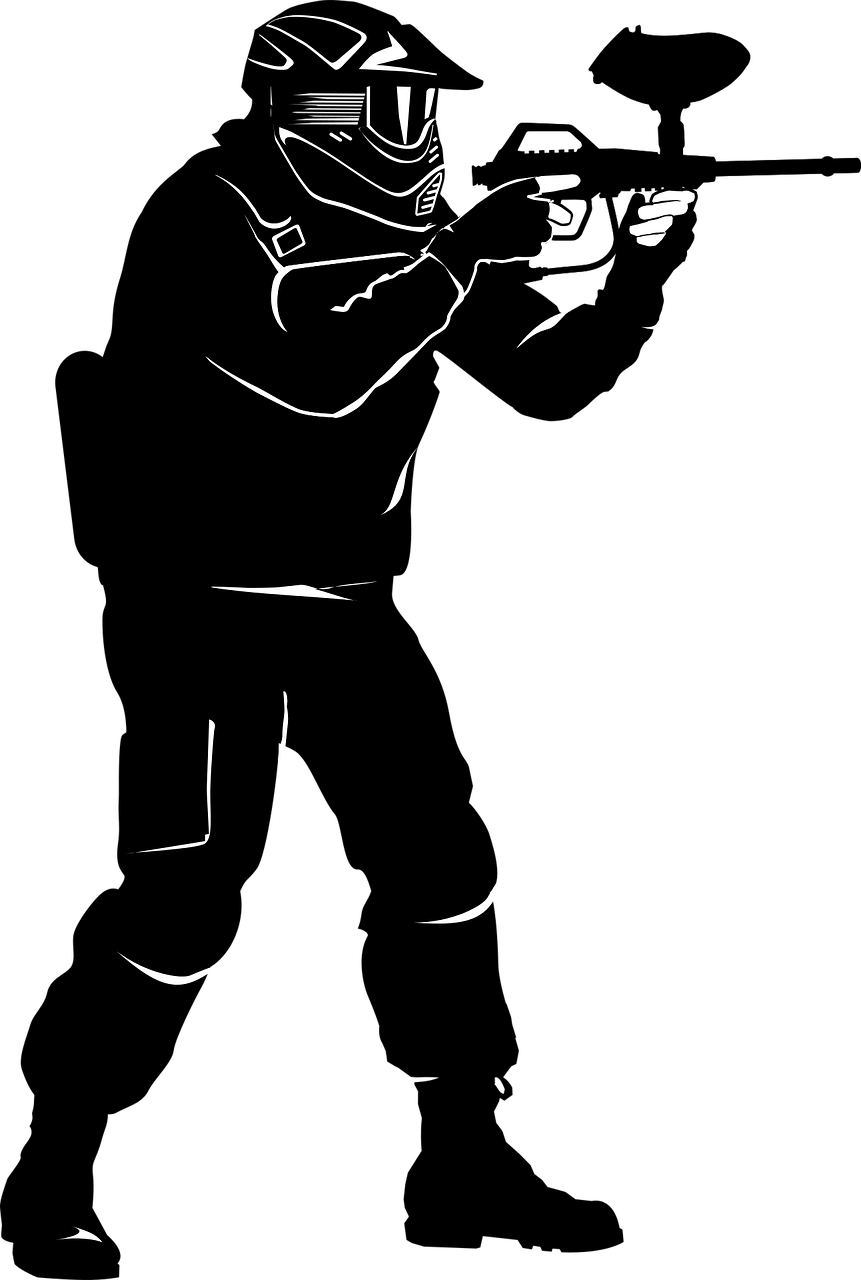 3…2…1… Five seconds. This is the calm before the storm. Five seconds of complete silence, you feel your heart pumping rapidly and the sweat rolling down your face, yet everything seems quiet and tranquil at the same time. Then, in an instant, brought on by the sharp sound of a whistle, the field turns into a raging war zone full of thousands of marble-sized projectiles.

Adrenaline pumping, you instantly begin firing while running almost to fast for your body to handle and sliding into a prop, narrowly avoiding a volley of paint. Knowing that you just avoided near elimination, you begin running and gunning up the field, firing as fast as you can, in an adrenaline crazed frenzy attempting to eliminate the opposing team and secure the victory.

Appropriately named for its high adrenaline, fast paced nature, this form of paintball is called Speedball, it is one of the most popular sports in Scotland. Speedball is defined by the gear used by players, he format of the game, and the large tournaments.

First of all, when playing speedball, it’s very important to be properly equipped for a game. Unlike other forms of paintball, where you lie and wait to snipe a wandering opponent in the woods, speedball requires a rapid firing, semi-automatic paintball marker. Some markers are capable of firing 30 balls per second, at 300 feet per second with the help of a compressed air tank.

The compressed air tanks are usually 68 cubic inches, and can hold up to 5000 pounds per square inch of compressed air. When firing at these extreme rates of fire, you need to have a fast loading hopper, or loader, which is a plastic casing which electronically feeds up to 200 paintballs into your paintball gun, with a spinning paddle at an adjustable rate up to 31 balls per second. Speedball games, often require excessive amounts of paint, and require the player to wear a pod pack.

A pod pack is basically a belt that can house pods, which are basically empty tubes, which hold about 140 paintballs, and can be easily and quickly removed and used to refill the player’s hopper. Possibly the most important item the player will be wearing, would be the paintball mask. Very lightweight and flexible, yet sturdy, the paintball mask covers the whole front of your face, and also has two ear protectors.

The paintball mask basically eliminates all risk of injury in the sport of paintball, aside from minor bruises or sprains. Also, due to the high energy sliding and diving, it’s very important for a player to be equipped with kneepads and elbow pads.

Unlike traditional paintball, where players are running through the woods sniping at each other, Speedball is generally played on a 300 by 150 foot empty field covered in objects referred to as bunkers or props. Strategy and split second decision making is required in speedball; it’s all about examining angles, and cutting off the lanes, which refers to the anticipated routes of movement for enemy players.

This can be very important as with any mark or paint on the player or his gun results in an instant elimination from the game. Speedball typically has 3-5 referees on the field at all times carefully watching for hit players. Sometimes more referees are used, especially with larger tournaments or events, as they are usually played 7 versus 7.

Commonly a player, will be hit, and continue to play or even intentionally wipe clean the hit. This is when a referee makes his move; what’s called when this method of cheating is witnessed the referee pulls the player who committed the penalty, along with one of his teammates, eliminating them from the game. This is called a one for one, which when the severity of the penalty is larger, the player can be called for a one for three, where three teammates would be eliminated.

Speedball is sweeping the nation and growing in popularity every day, it’s the fastest growing sport in the United States. Numerous leagues and tournaments are added every day, creating a larger competitive base to the sport. The National Professional Paintball League is closely paired with the Paintball Sports Promotions League as the two largest tournament leagues.

Each hosting dozens of tournaments each year, they host all paintballers from the professional level, with big name sponsors, to the young gun’s, which consists of 15 and under players, and everyone in between. The total entry fee’s paid for the average NPPL or PSP event are in excess of 200,000 dollars, and Last year’s PSP World Cup, hosted more than 100 thousand people over 5 days.

Team Dynasty, based in San Diego, is the top professional team right now, and they are making roughly 150,000$ a year on average for each player in their team, some players like Oliver Lang, their star player, is making 300,000$ or more due to endorsements and sponsors.

Aside from these larger leagues there are thousand’s of fields across the United States hosting tournament’s every weekend, including more than 100 fields in Florida alone. These tournaments are generally for the average recreational players, but sometimes include more seasoned players and teams.

The fast paced, adrenaline packed sport of Speedball is a guaranteed thrill for all adrenaline junkies and thrill seekers; Speedball is also a great way of burning off a week’s worth of stress, whether it be from work or school.

Whether you’re playing for recreation or trying to go professional one day, speedball is always a fun, and action-packed way of spending your weekend. Just remember to always wear all the protective gear and clothing that’s necessary, and to just have fun.